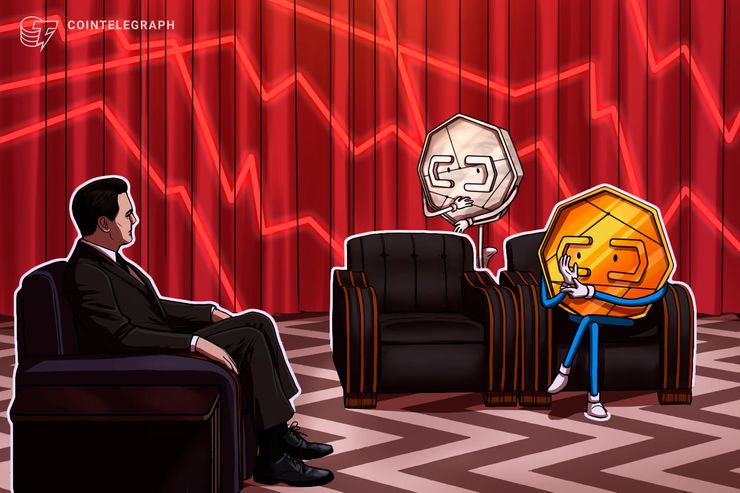 Sunday, March 24 — most of the top 20 cryptocurrencies are reporting slight losses on the day by press time, according to data from CoinMarketCap.

Bitcoin (BTC) is down just over a tenth of a percent on the day, trading at around $4,021, according to CoinMarketCap. Looking at its weekly chart, the current price is just over a quarter of a percent lower than $4,036, the price at which Bitcoin started the week.

On March 18, the option to donate Bitcoin, along with eight other cryptos, appeared on the website of Tor digital privacy software.

Ethereum (ETH) is holding onto its position as the largest altcoin by market cap, which is at about $14.4 billion. The second-largest altcoin, Ripple (XRP), has a market cap of about $12.9 billion by press time.

ETH is down by a slight half a percent over the last 24 hours. At press time, ETH is trading around $137, after having started the day at roughly the same price. On its weekly chart, Ethereum has seen its value decrease by nearly three percent.

Second-largest altcoin Ripple has is also down about half a percent in the 24 hours to press time, and is currently trading at around $0.309. Looking at the coin’s weekly chart, its current price is also nearly three percent lower than $0.318, the price at which it started the week.

Among the top 20 cryptocurrencies, the one reporting the most notable price action — and one of the few coins in the green over the last 24 hours — is Binance Coin (BNB), which is up by over 11 percent.

As Cointelegraph reported earlier today, Binance Coin is employed by the new format of Binance’s token launch service, Launchpad, for acquiring tickets to access a lottery to acquire new altcoins.

Meanwhile, the total market cap of all cryptocurrencies is currently equivalent to $140 billion, which is nearly identical to its value one week ago, up slightly from $139.7 billion

In recent news, the general manager at the Bank for International Settlements, Agustin Carstens, advised against the issuance of central bank digital currencies (CBDCs) in a speech in Dublin. Carstens explained that a CBDC could facilitate a bank run, enabling people to move their funds from commercial banks to central bank accounts faster, thus destabilizing the system.

At the end of last week, an analysis from cryptocurrency index fund provider Bitwise Asset Management to the United States Securities and Exchange Commission was published, claiming that 95 percent of volume on unregulated exchanges appears to be fake or non-economic in nature.