EOS sets new record for most cryptocurrency actions in one day, crosses Tron, Bitcoin and Ethereum EOS, the sixth largest cryptocurrency on CoinMarketCap, reported significant growth over the past few days, proving to be a strong competitor for Binance Coin [BNB], Litecoin [LTC], and Bitcoin Cash [BCH]. Apart from the performance in the market, EOS also set a new record for the most cryptocurrency actions processed in one single day. 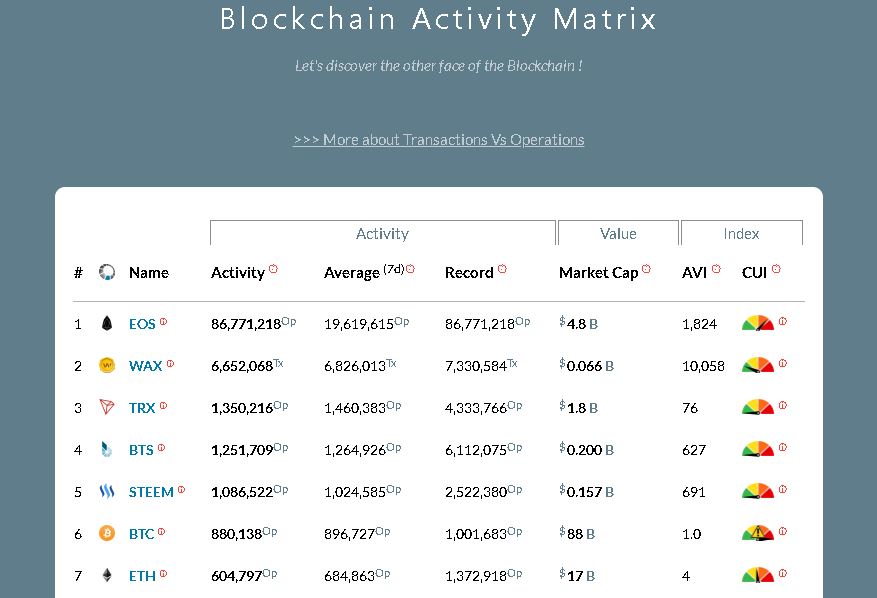 According to eoswriter.io, an action is an instruction given from one account to perform on another special account running a smart contract.

Daniel Larimer, the CTO of Block.one, who developed the EOS protocol, tweeted about the development:

“#eos recently set a record of over 70m actions processed in one day. An average of over 810 actions per second. Our team is making great strides in further optimization and scaling. #B1JUNE”

According to data available on Block activity, the record of operation amounts to 83,797,783 and the data made available by EOS Titan indicated that over the past 24 hours, the most actions came from pornhashbaby contract, which was over 6.7k, and from the eosio.token transfer, which was calculated to be almost 3k.

According to another analysis conducted on the unique user accounts per hours for the past day, it was noted that pornhashbaby was the most used contract and was followed by eosio.token. This statistic and the performance of EOS might help drive more adoption for the cryptocurrency.