Here's The Critical Difference Between Bitcoin And Other Crypto Assets 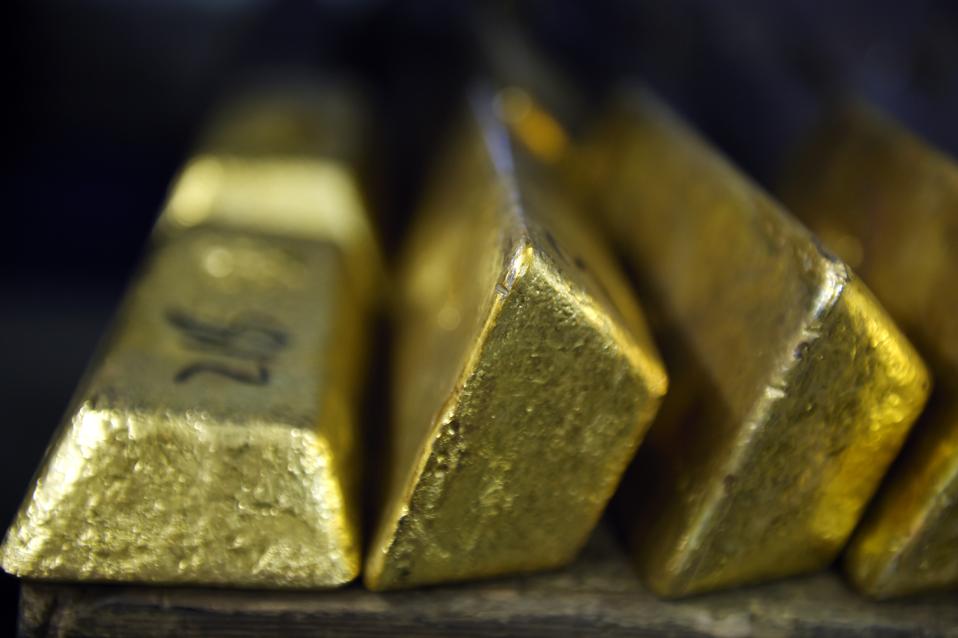 Gold bars sit in a vault at a refinery in Australia. (Carla Gottgens/Bloomberg)© 2018 BLOOMBERG FINANCE LP

When looking at the marketing materials for alternative crypto assets, it’s not uncommon to see some phrasing along the lines of, “We’re like Bitcoin, but with features X,Y, and Z!”

Altcoin promoters often point to bitcoin as a slow, antiquated cryptocurrency that lacks advanced features such as anonymity, smart contracts, or cheap transactions, but according to Blockstream mathematician Andrew Poelstra, there’s solid reasoning behind Bitcoin’s alleged lack of features.

In an interview with Monero Talk’s Douglas Tuman last month, Poelstra explained the critical differences in how Bitcoin users view this technology compared with the countless number of altcoin communities out there.

Since this conversation took place on a podcast focused around the privacy-centered Monero altcoin, much of the points made by Poelstra were in the context of privacy features; however, these arguments can be applied to basically any feature promoted by various altcoins.

Soundness and Stability are Required for "Digital Gold"

A key point made by Poelstra during his discussion with Tuman was that there is an intense focus on soundness and stability in the Bitcoin community.

“In Bitcoin, we care a lot about stability, soundness, and very long term kind of stuff at the expense of cryptographic experimentation — at the expense of privacy often (or at least privacy now),” explained Poelstra. “A lot of what Bitcoin developers are focused on are things that improve those goals and they try to preserve the current state of the system with respect to what assumptions are needed to verify its soundness.”

The arguments presented by Poelstra here point to the often-used analogy that bitcoin is a sort of digital gold (although some notable gold bugs vehemently disagree with this framing). As PayPal Board Member and Xapo CEO Wences Casares has said in the past, the idea is for bitcoin to eventually become a global, apolitical store of value and medium of exchange.

It was at this point in the conversation that Tuman effectively asked when the Bitcoin community decided to pivot away from its cypherpunk and crypto-anarchist roots. After all, those who follow these ideologies tend to put the importance of privacy above everything else.

“The critical difference between what Bitcoin is doing and what a lot of other projects are doing is that the absolute most important thing is that we do not destroy the system,” responded Poelstra. “It’s really, extremely risk averse.”

The Blockstream mathematician later added, "The view amongst most bitcoin people I know is not that they don't care about privacy or fungibility -- they care very very much -- but they view bitcoin right now as something in its infancy that's very much like a cool technology experiment. But it's one that cannot fail, or it's one that we better not cause to fail. And that takes precedence over everything else."

Poelstra went as far as to say that, in his view, the world won’t get another chance at promoting the idea of a decentralized cryptocurrency in a situation where bitcoin fails.

“It’s really, I think in terms of public perception and global adoption, it would be very, very bad if Bitcoin were to fall on its face, especially after ten years,” said Poelstra.

According to Poelstra, there is also a desire to minimize the cost to participate in the Bitcoin network in an effort to maintain a useful level of decentralization.

Poelstra added that this viewpoint is partially just part of the ethos of the Bitcoin community, but it also comes down to scalability concerns. There are more users of Bitcoin than any other crypto asset network, so the concerns around blockchain scalability are more relevant here than with altcoins that haven’t gained much traction up to this point.

These concerns around scalability were a key aspect of the block size warsthat took place in the Bitcoin community from 2015 through 2017, eventually culminating in the creation of the Bitcoin Cash altcoin (which harmed Bitcoin over the short term).

Notably, Bitcoin creator Satoshi Nakamoto once commented that users of his digital cash system may eventually become “increasingly tyrannical” about this issue over time.

"Even small, single-percentage performance losses are not something that we would be willing to accept lightly,” said Poelstra in his recent Monero Talk appearance.

Poelstra also noted that it is difficult to revert changes that have already been made to Bitcoin, which is why there is a willingness to be patient with research. Someone may eventually discover a much more efficient way of implementing a new feature or idea a few months or years after the ability to add the feature is first discovered. The privacy improvement known as Confidential Transactions is a useful example here, as a more efficient method of implementing this improvement was published (PDF) by researchers (including Poelstra) in 2017.

Although progress may seem like it’s moving at a snail’s pace from an outsider’s perspective, there has still been plenty of progress made in the development of the Bitcoin protocol over the years. For example, the Lightning Network could be Bitcoin’s answer to altcoins focused on faster, cheaper payments (it’s already surpassing altcoin payments at one online store), and Poelstra covered the progress of privacy-related developments for Bitcoin, such as Schnorr signatures and Taproot, during his appearance on Monero Talk.

Note: Although not mentioned by Poelstra during his Monero Talk appearance, another key differentiator between Bitcoin and altcoins is security in terms of the amount of hashing power pointed at a particular crypto asset network, which is why a large chunk of Bitcoin transactions are now made on the behalf of altcoins in order to piggyback on top of the level of security offered by Bitcoin. Of course, Bitcoin’s relative security can be seen as a side effect of the developers’ focus on stability and soundness.